We had great fall hunting and fishing.

Rollie & Tasha came up from Oklahoma and flew out to the Misty Fjords with guide Brian & packer Jake via Carlin Air. Rollie is a bow hunter. Even though they hunted hard for many days and got within bow range of 3 different Mt Goats … Rollie didn’t connect. Tasha came along for the experience and was tough enough to hang in there. After 9 days of climbing around in the hardest country that SE Alaska has to offer while stalking Goat they decided to head over to Prince of Wales Island for some Black Bear action. Four days of spot and stalk Black Bear hunting on the fish creeks with several very close encounters, Rollie didn’t let an arrow go. They sighted lots of Bears but the opportunity Rollie wanted didn’t present itself. Even unsuccessful at taking either a Mt Goat or a Black Bear Rollie and Tasha left very happy hunters and had a great time early fall hunting in the Misty Fjords and on Prince of Wales Island. 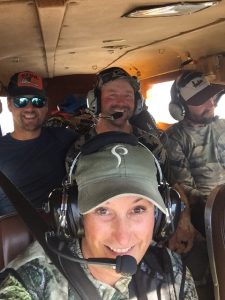 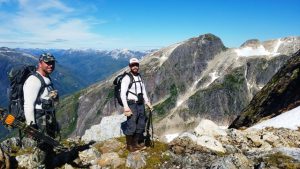 We have had a great fall so far …. In mid August Stephen came down from Anchorage to hunt with us again. His main goal was to take some Deer meat back home. Stephen is also a Birder and still needs a few birds from this SE Alaska area to check off his list. The Red-Breasted Sapsucker was one he was keeping an eye out for. He spent an extra day in Ketchikan, around Ward Lake, sighting birds on his way to Prince of Wales Island.

The weather during the hunt was very stormy, with wet rain-fog. Stephen got the full SE summer of rain experience, in an alpine backpack tent camp. The summer 2017 season in Ketchikan area is going on record as the most inches of rain recorded.

Despite the weather he was able to take 3 nice bucks. He returned north with several boxes of Deer meat ….. but didn’t get any sightings of the birds he was looking for.

We hope Stephen’s fall hunts, up north, go as well as his Prince of Wales Island Deer hun with Muskeg Excursions went. It was a pleasure spending time with Stephen again and we wish him well in his new job ….. ‘retired’.

The rain has returned to SE Alaska along with foggy / cloudy mountain tops.

Yesterday Brian packed a camp up to the top in rain and fog. He sighted several Deer in the lower alpine zone and that’s where he stashed his camp. He didn’t want to make very much ‘action’ in the area so he didn’t set it up. He just came on out.

Stephen (from Anchorage) came in on the evening Inter Island Ferry. This will be Steven’s second Deer hunt with us. He took a couple nice November bucks a couple years ago.

This morning Stephen & Brian headed up (in light rains & fog) to set up camp and get in an evening hunt.

Here are a few more August pictures from recent years .. 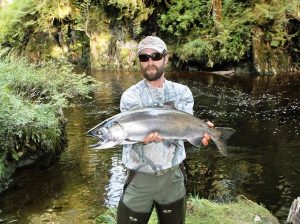 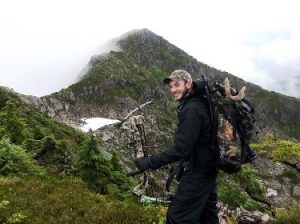 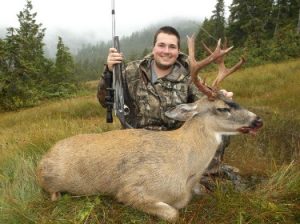 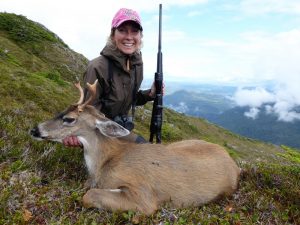 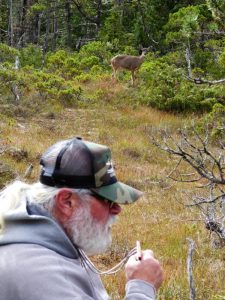 Stephen from Anchorage hunted with us a few years ago during the rut. He has decided to come on down to the Island and do some August mountain tent camp Deer hunting.

Here are a couple of pictures of some Sitka Blacktail we have taken during the August hunt in recent years ….